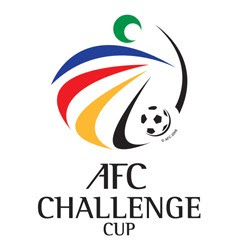 I just joined the  football group online today and  watched the game  Philippine Azkals Vs India. I am not an expert when it comes to football but somehow I’m slowly learning about it and the goal aspects of the game. I became interested with football even before Azkals became popular in the hearts of the many Filipinos and football lovers.

At the start of the game today, the lineup includes Chieffy Caligdong,  Rob Gier and Angel Guirado with Paul Mulders in midfield.

Phil Younghusband powering left foot strike made to nil 1 in the 10th min ending 1-0 in the first half.  He was very composed and confident but I found myself screaming alone watching the game.  PYH scored a 2nd goal in the 72nd.  There was a lot of opportunity for the team to goal. There was another strike from Phil but it went directly to the GK of India.  Rob Geir was injured when he collided with Chetri, an Indian player,  but Rob went back in the pitch after a while. The team played well and showed a very good defense. I love Neil Etheridge. He’s truly a world class Goalkeeper.

Azkals will play next with Tajikistan on Tuesday, March 13,  4:30Pm (5:15 kick-off)   to be aired via Studio 23.  If Azkals wins on Tuesday, they will qualify for the Semi Finals.  It will be an exciting and tough game. Both teams are looking  forward to be in the Final Four!

One thought on “Philippines won 2 nil against India”