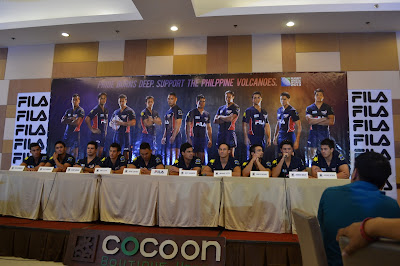 Different group of media attended the press conference yesterday  held  at  Cocoon Boutique Hotel  just before the   Volcanoes,   The Philippine National Rugby Union Team  head  to  2013   Rugby World Cup Sevens  in Moscow,  Russia in June.    This year marks a new era  for the Philippine Volcanoes.  Pride truly burns deep as this athletic feat is a big first for the country – even deeper  for  FILA Philippines,  who will accompany the Volcanoes to the prestigious competition as their official sponsor. 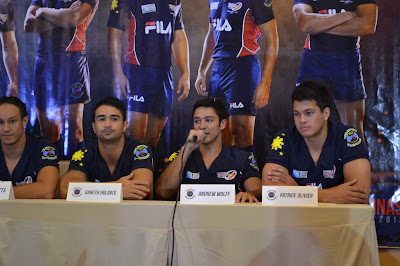 Let the cheer thunder on and grow even more vociferous as The Philippine Volcanoes heave on to the showgrounds of showgrounds. Finally in league with big boys, the Philippines’ own are pumped more than ever.  And with FILA Philippines standing behind in full support, there will be no backing down.

This is the era of FILA”PINAS.  Brace yourselves.