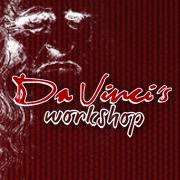 Leonardo Da Vinci is one of the most prolific inventors in history. His scientific and mathematical approach to art produced amazing three-dimensional artworks that later became basis for modern science. Because of his boundless curiosity, uncanny powers of observation and innovative thinking, he conceptualized machines that were considered advanced during his time.

A veritable polymath, the expertise and interest of this Italian Renaissance genius spanned a wide range of subject areas. Apart from painting, he was well-versed in the fields of music, architecture, engineering, math, anatomy, cartography, botany and geology. He was likewise an adroit writer, sculptor and inventor.

“Leonardo Da Vinci was popularized by Dan Brown in his best-selling novel Da Vinci by featuring his famous artworks like Mona Lisa, The Last Supper and Madonna on the Rocks. But he is actually much more than the artistic genius behind the prominent paintings in the Louvre Museum,” shared Arturo Carballo, Jr., senior operations manager for SM Family Entertainment Center.

“Da Vinci is a prodigy. He was multi-faceted person. He was extremely skilled and talented in both sciences and the arts.”

Indeed, Da Vinci’s amazing mind was considered as the epitome of Renaissance ideals – a man of numerous talents, a veritable virtuoso.

This world-class exhibit features 64 moving and dynamic inventions, as well as notable paintings, of this Italian Renaissance man. It is touted as a fun and exciting way to explore the curious mind of Da Vinci without the stuffiness of traditional classroom learning! Each display features interactive components that visitors can tinker with and peruse up close such as Da Vinci’s helicopter prototype that makes an actual turn or a tank with real moving wheels.
The Da Vinci’s Workshop is incomparable with other Da Vinci fairs because it is more interactive and dynamic. “The concept and caliber of the exhibit is world-class. It is absolutely at par – if not the best among – renowned international expositions,” Carballo adds.
Now Filipinos of all ages can experience this first-rate, educational adventure. “It has always been SM FECI’s advocacy to bring to Manila quality, top-drawer global edutainment programs that are affordable for the Filipino family. We want this to be enjoyed by as many families and kids. After all, they are the very reason we invest in bringing international travelling exhibits to SM Mall of Asia” explained Carballo.

Children, teens and adults will definitely enjoy this extraordinary journey into the world of Leonardo Da Vinci. This limited engagement will happen from July 2013 up to January 2014 only. Venue is at The Exhibit Hall, 2nd Level South Side Entertainment Mall SM Mall of Asia.
Like on Facebook at Da Vinci’s Workshop PH, and follow us on Twitter @DaVinciPH.