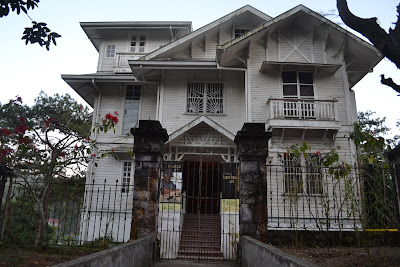 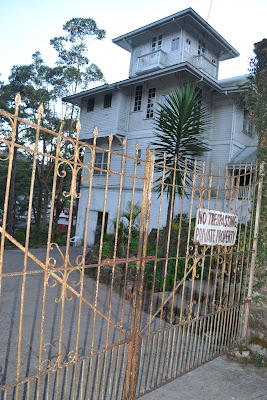 Diplomat Hotel, known to be the most haunted place in Baguio sits on  a  hill  overlooking  the City of Pines. Locals and tourists believe that  the place is  haunted as they testified that they actually heard strange and agonizing  sound  and captured creepy images  inside.  During WWII,  numerous nuns and priests were beheaded in the said hotel.  The place  is used to be a rest house and seminary  way back  1911.  Locals  and other people who live nearby would sometimes hear  disturbing  sound and  banging of  doors and  windows  coming from the hill at night.
I already know a lot about Dominican Hotel  from  documentary shows  which  made me   think  that the place is  really  creepy.  The documentaries  that  I’ve watched  have sound effects and   ghost haunting  stories that mostly happen at night. 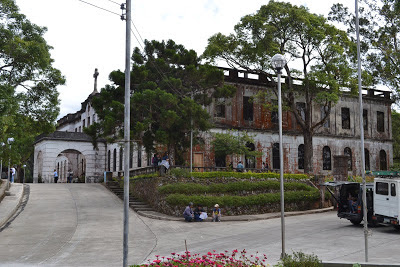 Before going to Baguio, the idea of visiting Diplomat Hotel  was not included in our itinerary  because we travel with kids and we thought that  they might get  scared with  the place.  On the last day of our trip,  through  recommendation of locals,  after visiting  Lourdes Grotto which  is just a few minutes away,  we then headed  to the haunted hotel  for a quick visit.

The place is located in Dominican Hill. Some say  it’s a silent hill.
It was literally silent. There were only few   visitors where I could count on my  fingers and some of them  only stayed outside for photo op. 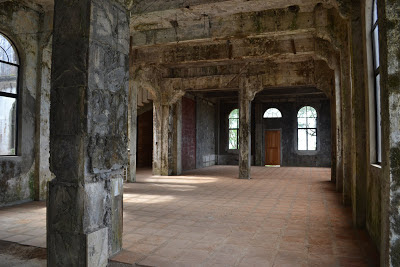 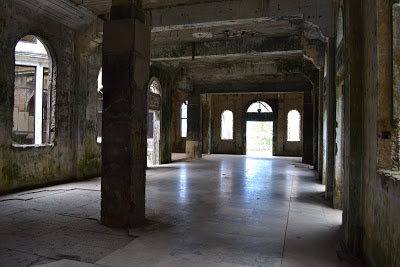 You can  tell how beautiful  the place was even if it’s old and ruined. You can picture by yourself  how  beautifully engineered  the place despite its old  appearance. 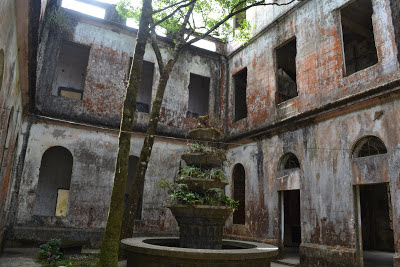 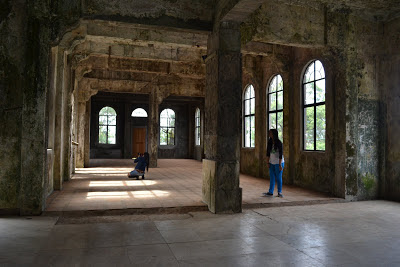 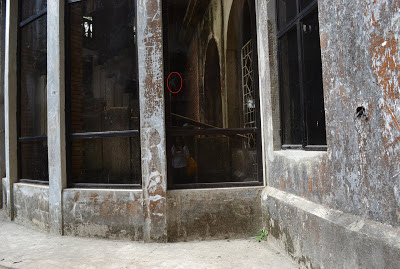 I was curious if there’s really a ghost and captured myself in the mirror where ghosts are believed to be trapped.  It is said that ghost can be captured using  a camera.   I closely examined the photo of myself in the mirror trying to find some creepy  images and this is what I found out after zooming in my  image.  See encircled above.  I wish I’ve taken  a video  instead to capture clearly  what  I’ve  heard from  others  story.

And that’s not the end of  my  story because my older daughter said she heard and felt  something strange that gave her a goose bump.  We kept it to ourselves and  entertained our thoughts that  it wasn’t real   and didn’t  tell  them what we actually  felt  so as not to freak  them  out.  I wonder why Mendiolables seemed to be calm and not scared unlike us.  Maybe because we  knew  a lot about the place before even visiting the place. The  ghost stories were  on our minds as  we already watched them on YouTube. 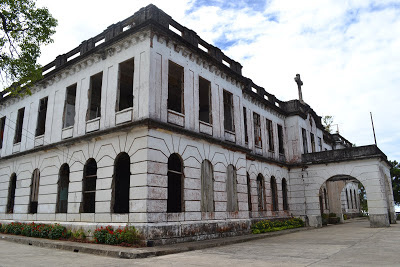 The hotel remains to be mysterious.  If others claim the place to be creepy,  I think I should agree with them this time.  If you want to ghost hunt,  this place will surely give you  goosebumps.  It is creepy if you visit the hotel maybe after sunset   at around 6:30pm and  during foggy  night.  That  scene alone  would definitely  give you an adrenaline rush.   When you  visit the hotel,  please  remember to  offer a prayer for  the souls.