Last night, I watched Pilipinas Got Talent season 3 grand finals night and was totally surprised with the result. Watching PGT season from the start of the audition to grand finals prompted me create my own list on who will make it to the top. Even from the start, I did not count Maasinhon in my top five or at least in my top ten list. I did not expect PGT would declare Maasinhon as the winner. Okay, they got the talent but maybe, or should I say that it was not really the talent that counts in the end but the vote to make it as PGT winner. I think that the result should not be based on votes of the the people alone but also from the judges. For season 3, of the three finalists, only the The Bringas Brothers deserve it to be on top three, at least in my opinion. El Gamma Penumbra should have won the title. They showcased their over powering talent in their shadow play act. To El Penumbra, you still have a very bright future even if you did not win the title. Prove the world what you really got!

Now, let me ask you, did you vote and support for your bet last night? 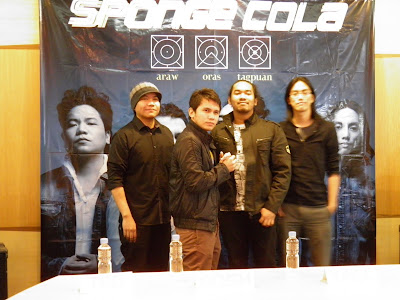 It was an evening of  fun  for  Sponge  Cola Bloggers Night  held at Universal Tower  last night.  The  band performed four songs right at the conference  in front of  the bloggers,  the popular band  that made several hits since 2002,  the  year when Sponge Cola was born.

SPONGE COLA   released its highly anticipated fourth full-length album titled Araw Oras Tagpuan under Universal Records.  The band,  despite the popularity and outstanding sales,   is not content with what  it achieved,   this is just the beginning.

In the past nine years, Sponge Cola has gone from nowhere to full-fledged phenomenon on the strength of its three bestselling albums: Palabas (2004), Transit (2006) and Sponge Cola (2008). Only one of the few bands that couldn’t help but hit, Sponge Cola went on to producing chart-topping singles such as KLSP, Gemini, Jeepney, Bitiw, Tuliro, Movie, Pasubali, Puso, Ayt!, Makapiling Ka, Di Na Mababawi and so on.

From then on, the band’s popularity doesn’t seem to be waning. It was evident from numerous awards and citations received by the band. From favorite artist to favorite song to favorite group to favorite rock video to favorite vocalist to achieving gold and platinum awards, Sponge Cola’s rise to full stardom never stops, and it shows no sign of flickering.

In fact, the rocket ride to the top doesn’t look as if it’s going to end any time soon.

Just recently, Sponge Cola’s Tambay (EP) earned the band a diamond record in sales. The band in unison says, “It’s a great feeling. We’re very thankful. We appreciate the support we get from people.”

The band’s new album’s title says Araw Oras Tagpuan—date, time, place—Armo said they just wanted to create something that strings our ideas on space, time, fate and choice together.

Yael elaborates, “I like the swagger that the title suggests. It’s like ‘Give me a time, date and place and we’ll be there.’ But with said swagger, it still feels down to earth, which is I think how are we these days, in my head at least.” 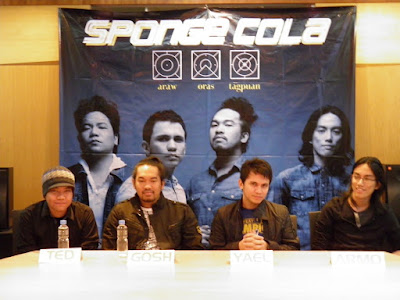 In this album, nine out of twelve songs were mainly written and co-written by Yael along with Gosh. It is interesting to note that the collaboration with these artists adds hip hop, new metal, and retro to the band’s definitive music.

In an exclusive interview with BANDS Magazine when asked what the video for Kay Tagal Kang Hinintay is about and what new fans can expect from it, Yael shares, “My brother Yanny who plays guitar for Pupil and sings for Archipelago directed it in Bacolod. As a theater director, he’s known for bold, riveting plays, often pushing boundaries and never failing to move. It was our first time to fly outside Manila to shoot a music video. It showcases the beauty of provincial life. And yeah, love.”

“I just want them to listen freely and take whatever they want/can from the material, Armo says when asked what they would want the audience to hear within the lyrics of their songs from Araw Oras Tagppuan.” Yael adds, “[And] Catharsis lang naman as always.”

When asked what happens in his head when he composes – the creative process before he writes it down or put his hands on the guitar – and how his persona plays a role in that process, Yael says, “It depends. Sometimes I play with words, then a persona is formed. Sometimes it’s me, sometimes it’s someone else. It’s usually someone similar to me at least.”

In the latest issue of Pinoy Magazine, correspondent Box Garchitorena writes that it would be hard to pick singles in this record that throws a lot of possible ones. The record as he puts it screams a resounding “we’re not done!”

The one thing commendable with Sponge Cola is that this group is not afraid to experiment and take the music to different places.

That’s what Sponge Cola always known for. They are not afraid to experiment and take the music to different places. “This is just how we are. We do whatever we want to go, making music is what we do. We keep it real. [And] We’re all about the fun,” Yael says.

And when asked how their values and faith changed in these remarkable years of success, Yael proudly states, “They haven’t, they’ve stayed the same, and we’re still the same people with the same beliefs, fighting for the same principles.” 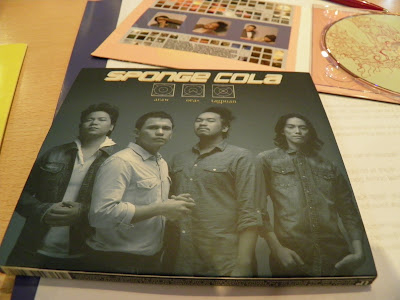 The album Araw Oras Tagpuan is out now in all major record bars nationwide under Universal Records.

Sponge Cola’s Blogger’s Night is brought to you by Universal Records in cooperation with Pinoy Magazine, BANDS Magazine and official online partner Orange Magazine TV. Special thanks to Coca-Cola Philippines.

Last night, I watched the full episode of Pilipinas Got Talent grand final’s performance.  All the performers are extraordinary but my own pick is Happy Feet. Simply because I love them. I had a goose bump last night and I was amazed  while watching them on TV. I cannot tell more, please watch the video and be amazed too.

According to  FMG, one of the PGT’s judges, TAP Dance is a dead form of art but the Happy Feet brothers from Bukidnon  made the Tap Dance by adding a lot of spices.  They received a standing ovation from the the audience and the judges as well. I say they are incredible!

I was in awe while watching The Velasco Brothers during Magnolia Summer Bloggers’ Party last week.   You won’t believe it!  Their extraordinary acrobatic dancing steps were breathtaking.    I have no doubt on how they stunned the judges   and  the audience  during  their  Pilipinas  Got  Talent   performance. 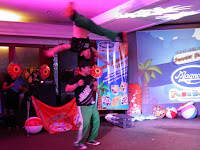 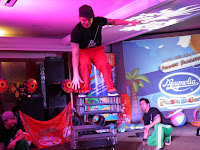 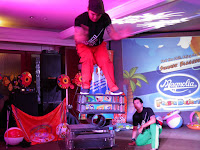 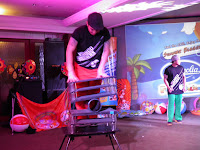 The Velasco Brothers  performing their world class talent!   Please see them  them   live  and   experience a  “hold your breath moment”  for a while! 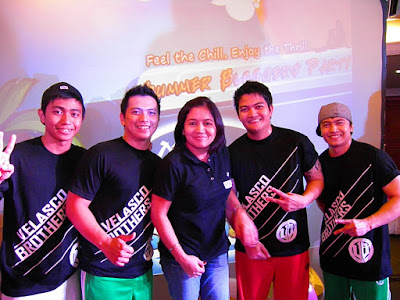 Photo op with The Velasco Brothers