I was invited to attend the launching of new product endorsement of Jericho Rosales.  As soon as Jericho went up on stage, he greeted the media and all the  people around the venue with a big smile. I simply love Jericho!  I was impressed when he started to sing as it was my first time to hear him sing live and he really did it well.  He sang two songs before the press conference started.

JERICHO continues to shine not only in his constant and steadfast pursuit of artistic excellence but also in his career as one of the top and most credible celebrity product endorsers in the country today. Jericho was recently named by entertainment magazine Yes! as one of the Most Beautiful Celebrities and Top Celebrity Endorsers of 2011 and today, an exciting new product adds up to his list of product endorsements: Vantage Razors! 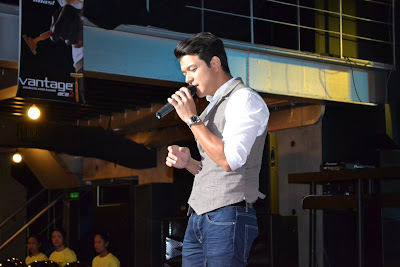 Vantage is a brand of safety razors exclusively designed and distributed by Bloomworks Inc., — a fast-growing company with more than 12 years of expertise in the health & beauty, food and fashion industries in the Philippines. Vantage Razors are manufactured by one of the pioneer razor companies in Brooklyn, New York, USA, which has been in the business for over 135 years.
Vantage Ace 2 Double Bladed Razors are exceptionally designed to provide a keen, smooth shave resulted from aggressive research and development to give men superb quality blades for a closer shave. It also features Dermaglide, a special lubricating strip with aloe vera and vitamin E that reduces razor drag and skin irritation for superior protection and comfort. 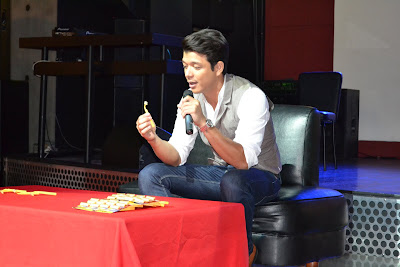 Jericho embodies the ideal Vantage Man as he epitomizes the values of hard-work and dedication. It could be said that one of Jericho’s advantages in his career is the confidence that he exudes especially when he is well groomed with a clean shave in doing his work every day.
“I’m so motivated every time I go work with a clean shave! I feel extra confident knowing that I’m well groomed and Vantage really helps in giving me that added excitement knowing that I can do my work confidently and with ease each day,” says Jericho. His management team, Manila Genesis, has confirmed that Jericho recently agreed to renew his contract with ABS-CBN and he is currently busy with an exciting line-up of projects, which fans can surely look forward to. The first season of his innovative reality show on ABS-CBN, I Dare You, which he co-hosts with Iya Villana and Melai Cantiveros, recently ended and already ABS-CBN is calling for schedules of Jericho for the second season. Jericho will also return to primetime via the upcoming and much talked about soap Padre de Pamilya where he will star opposite Piolo Pascual, Maricar Reyes, and Christopher De Leon. Darnel Joy Villaflor, who directed the top-rating soap Minsan Lang Kita Iibigin, will direct Padre de Pamilya! He is also seen on ASAP Rocks every Sunday where he gets to showcase his hosting, dancing, and singing prowess. With the success of his current full-length award-winning album, Change, under Star Records which turned platinum, Jericho is also working on new materials for his next CD. A thanksgiving concert signaling his 15th anniversary in the business is also in the works. 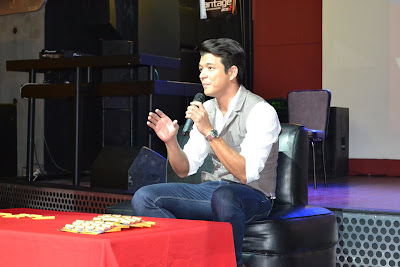 A multi-awarded actor whose recent works include playing the lead on ABS-CBN’s top-rating primetime series Green Rose opposite Anne Curtis, Jericho explains that one of his future plans is to eventually become a producer/director. “I feel an incredible sense of rush and adrenaline each time I learn something new about the art of filmmaking. I observe the people working behind the camera and I get very inspired by them. I am happy because the process of learning is never-ending and there is so much to explore and learn.”
Fans are also looking forward to see Jericho in the silver screen for an upcoming film, Yesterday, Today and Tomorrow, directed by Jun Lana, which will be Regal Films’ official entry to the Metro Manila Film Festival. He is also set to co-produce and star in an indie film on human trafficking entitled, Alagwa.

With the many blessings that he received this year, Jericho can’t help but to feel grateful for the people who continue to support him.

“I really feel privileged because I am passionate about what I do and I want to make a difference in other people’s lives through the gifts the Lord has given me. He has blessed me through the many people who continue to support me all these years: my family, ABC-CBN, my friends, my fans, and my team. I’m also very thankful now that I am part of the Vantage family. I will carry on and continue to better my craft. ” says Jericho. 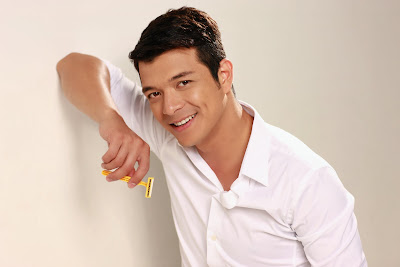